These scholars will conduct research and teach abroad for the 2022-2023 academic year. Fulbrighters engage in cutting-edge research and expand their professional networks, often continuing research collaborations started abroad and laying groundwork for future partnerships between institutions.

As Fulbright Scholar alumni, these individuals will join a network of thousands of esteemed scholars, many of whom are leaders in their fields. Alumni include 61 Nobel laureates, 89 Pulitzer Prize recipients, and 40 who have served as a head of state or government.

The program is funded through an annual appropriation made by U.S. Congress to the U.S. Department of State’s Bureau of Educational and Cultural Affairs. Participating governments and host institutions, corporations, and foundations around the world also provide support.

In 2021, The Department of State also named UCR a Fulbright Hispanic Serving Institution Leader. As part of its commitment to diversity and inclusion, UCR was recognized for “noteworthy engagement with the Fulbright Program, including through its promotion of Fulbright Program opportunities on campus.”

“The ideals of diversity and inclusion are central to the mission at UC Riverside. We embrace and celebrate the Fulbright Program for its work to deepen cross-border understanding through academic exchange and collaboration,” said UCR Chancellor Kim Wilcox. “I offer my congratulations to each of the award recipients and look forward to the lessons they will bring back to UCR on their return.”

Learn more about UCR’s awardees below, chosen for their academic merit and leadership potential. 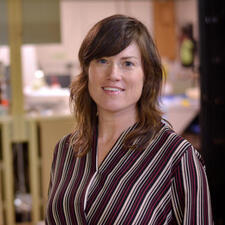 Barsanti’s research focuses on the development of models to predict the behavior of atmospheric particulate matter, or air pollution. She studies the smoke chemistry of wildfires, agricultural burning and prescribed files. She also evaluates how biomass burning plumes differ at night, and is working to predict impacts on air quality, climate change and human health.

She received her Ph.D. in environmental science and engineering from Oregon Health & Science University’s School of Science and Engineering, and served as an Advanced Study Program Postdoctoral Fellow at the national Center for Atmospheric Research. She has been at UCR since 2015.

Her Fulbright award will take her to New Zealand. 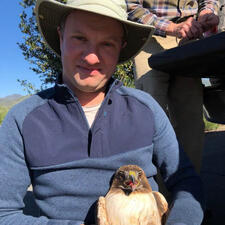 Clark will head to Salta, Argentina, where he will design and teach animal communication as a new graduate level course at the University of Salta. This is also a course he intends to develop and teach when he returns to UCR.

In spring, he will also be studying several species of birds and how they make sounds with their wings. He chose Argentina for this research for the richness the terrain offers for such research. “Basically, northern Argentina has a whole bunch of bird species that we don’t know much about,” Clark said.

Clark arrived at UCR in 2013 after obtaining his Ph.D. at UC Berkeley and doing four years of postdoctoral work at Yale University’s Peabody Museum of Natural History. His laboratory studies the relationship between sound and behavior, particularly of animal flight, and particularly of hummingbirds, what he calls “a fun mix of bioacoustics and biomechanics.”

He will be joined in Argentina by his wife and children. 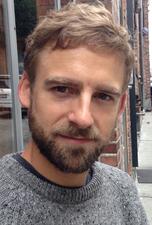 Lentacker’s work investigates the effects of changing communication technologies on the governing of people and things in Europe since 1800.

“As a historian, I remain deeply interested in the fundamental questions of how language relates to the world; how names gain a hold over the objects and subjects they name; and how belief and authority are made and undone,” he said.

His current book project, Signs and Substances, examines the history of drugs in 19th and early 20th century France and Central Europe. The book seeks to understand how drugs were known and trusted before the era of modern regulation, while revealing drugs’ unique ability to highlight changing attitudes toward the written word.

Lentacker received his Ph.D. from Yale University in 2016 and will conduct his Fulbright research this coming academic year in Germany. 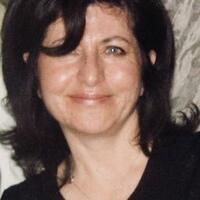 Zarinebaf’s Fulbright research will focus on tracing the Silk Road and the global exchange of silk as a tread of royal power, prestige and prosperity. She will examine its diffusion from China to Persia in the ancient times and from there to the Mediterranean world in the early modern period.

“Historians usually associate silk with China, but sericulture developed in Iran quite early — cocoons were brought from China in ancient times — and Persian silk became very popular in Europe,” Zarinebaf said. “Its diffusion led to wide commercial networks, travel, trade and cultural exchange between China, Persia and Europe as well as long wars for its control.”

To conduct this research, Zarinebaf will travel to Turkey, where she will visit archives and conduct field work in the silk hubs of Bursa, Istanbul and Izmir. She may conduct additional research in Venice, London and Lyon.

Zarinebaf holds a Ph.D. in Middle Eastern and Islamic history from the University of Chicago, and has taught at UCR since 2008. She specializes in the urban, social, legal, gender and economic history of the Middle East and Mediterranean world with an emphasis on Iran, the Ottoman Empire and France.

Fulbright awards will fund students’ research in Vietnam and Chile