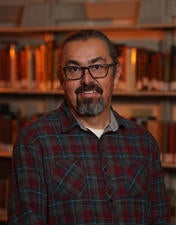 Clarke has served as an assistant professor of ethnic studies at UCR since 2016. Previously, he held several positions at Idyllwild Arts Academy from 1998 to 2016, including Visual Arts department chair, adjunct instructor of art and summer art faculty. He was an assistant professor of art at East Central University in Ada, Oklahoma from 1998 to 2004. Clarke was Art Department chair at Northeast Texas Community College from 1996 to 1998

Clarke was cultural preservation coordinator for the Cahuilla Band of Indians from 2009 to 2010. He served two terms as a Cahuilla tribal council member and is an enrolled citizen of the tribe. He is a frequent lecturer, speaking about Native art, culture and issues.