Seasonal vegetables and fruit are now available at the chancellor’s weekly coffee socials.

Aside from the pastries, coffee, and the opportunity to mingle in-person with colleagues, these Tuesday morning gatherings have an added bonus: free fresh fruit and vegetables harvested from R’Garden, the campus’s community garden near Lot 30.

“This is fantastic,” said Shaun Bowler, Graduate Division dean. “It’s a great balance to the doughnuts.”

Chancellor Kim A. Wilcox launched these meetings to create a space for colleagues to reconnect. They are scheduled every Tuesday at 9 a.m. throughout the summer in front of Hinderaker Hall. The socials are open to all staff and faculty, no registration required.

Employees coming onto campus are expected to fill out the COVID-19 Daily Wellness Check.

The gatherings are a great way to ease back onto the university, several attendees said as they gathered in front of Ivan’s Coffee on July 27.

“I came last week, and the cantaloupe was super delicious,” said Rosa Rodriguez, senior custodian with Facilities Services. “I’m glad we get to come, take a break, and see other people. Oh, and the veggies! I’m taking some squash home.”

Her colleague, Gloria Peñaloza, said they welcomed the news about UCR’s community garden.

“It’s great to know it’s accessible to us,” said Peñaloza, senior custodian with Facilities Services. She too carried a small bag with tomatoes and a cantaloupe.

Their supervisor, Jesús Retana, said he tries to keep his team informed and welcomes these well-deserved breaks.

“When the pandemic hit last year, most employees got to work from home. These folks stayed, continued to work,” said Retana, housekeeping supervisor. “I’m so proud of them.”

Faculty and staff membersslowly approached the Kubota vehicle, making conversation on how to best cook okra and the pattypan squash that filled the black plastic crates.

Food accessibility is something Aaron Seitz, a psychology professor, fully supports. The veggies he took home became part of his lunch and dinner, he said.

“I will let our graduate students know they can stop by the community garden to get produce, it’s a great resource,” Seitz said.

For Zapien, growing food for the UCR community is a passion. Toiling the land is a skill he learned to love from his own father — the two worked alongside one another on Central Valley farms. Zapien and his wife now live in Riverside where they are raising two boys.

Zapien oversees 8 acres of land, 3 acres of which are solely dedicated to the community garden. He started working at UCR in 2011 and took over R’Garden duties in 2019.

“You can get used to anything in life, except not eating,” Zapien said. “During the pandemic, a lot of people thought they were going to struggle to get produce from the stores. We stepped in to help as much as possible. If we come together, we can feed a lot of people. As long as we eat, we can overcome the challenges.” 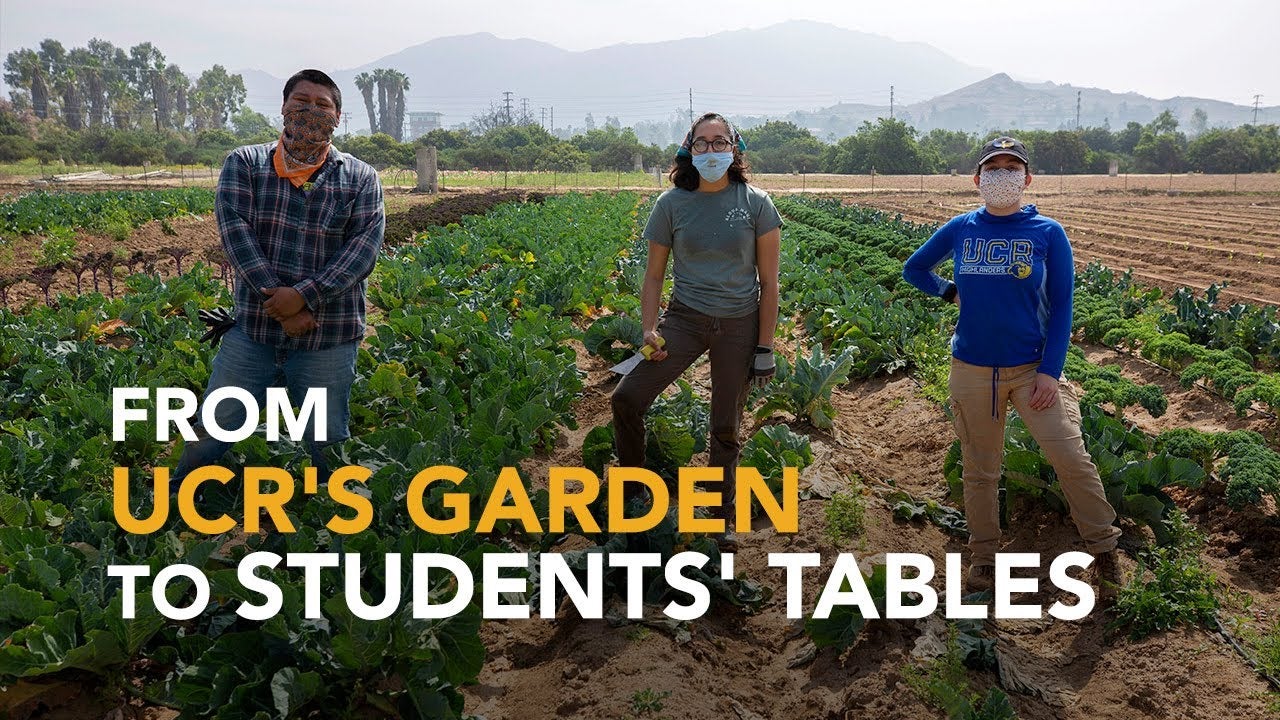