The world’s largest professional entomology organization offers a limited number of awards meant only for scientists in the western U.S., Canada and Mexico. Half of them this year went to UC Riverside scientists.

Founded in 1889, the Entomological Society of America has more than 7,000 members affiliated with universities, health agencies, private industry, and government. This year, the society’s Pacific Branch gave out 10 professional awards.

“We swept five of them,” said Rick Redak, chair of UCR’s Department of Entomology. “Our people have already won the other five categories. This speaks to the recognized quality of our department.”

Hoddle, extension specialist and Center for Invasive Species Research director, won the Woodworth award for outstanding accomplishments in the field over the last 10 years. He develops biological means of controlling invasive pests that plague humans, our crops, and our landscapes. This means using pests’ natural enemies to suppress their populations.

A few of the many pests Hoddle targets are the Asian citrus psyllid, which destroys citrus trees; spotted lantern flies, which ruin wine grapes, nuts and avocados; and glassy-winged sharpshooters which, infect grape vines, almond trees, olive trees, and more.

His Ph.D. in entomology is from the University of Massachusetts, Amherst, and he has been at UC Riverside since 1997. He is a fellow of the Entomological Society, CA Dept. of Pesticide Regulations IMP Achievement Award winner, and was International Organization of Biological Control distinguished scientist of the year in 2015. 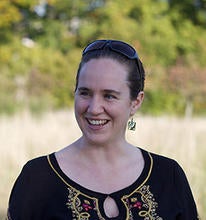 Purcell holds a bachelor’s in biology and history from Williams College, and earned her Ph.D. in zoology at the University of British Columbia. She was a U.S. Fulbright Fellow in Bolivia, and a National Science Foundation graduate research fellow.

Mauck, assistant professor of entomology, is interested in plant viruses, insects such as aphids and psyllids that spread them, and the biochemical mechanisms that allow them to function. One particular area of focus is how pathogens evolve to alter the physical traits of their hosts in ways that enhance transmission. Her laboratory also seeks strategies for disrupting transmission.

She holds a bachelor’s in biology from the College of New Jersey, and a Ph.D. in entomology from Pennsylvania State University. Mauck is the current editor of the Journal of Integrative Plant Biology, and has received research grants from the Pennsylvania Soybean Board, the Entomological Foundation, and the U.S. Department of Agriculture. 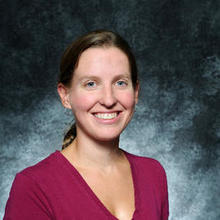 Wilson-Rankin is an associate professor whose laboratory is focused on food webs, understanding which insects and animals are predators, which ones are prey, and how these roles affect the environment around them. This research is arguably more critical now than ever before. With the rapidly increasing destruction of natural habitat, time is running out to understand the complex ways that insect and animal species work together.

She earned her Ph.D. in biological sciences from UC San Diego, and has published in numerous journals including Molecular Ecology, Trends in Ecology and Evolution, the Journal of Experimental Biology, and the Proceedings of the National Academy of Sciences.

Choe is an associate cooperative extension specialist and an associate professor of entomology. He is developing new management programs for pests such as ants and bed bugs. As part of these programs, he explores the insects’ innate and learned behaviors to exploit them for novel control techniques.

After obtaining a bachelor’s in agriculture from Korea University, he earned both a master’s degree and Ph.D. in entomology from UCR. Recently he published an article in the Journal of Economic Entomology about the reduced effectiveness of gel bait insecticides on German cockroaches, one of the most common pests in urban buildings such as restaurants and low-income housing.